Just recently, Cape Town was preparing for the very real possibility that the city could run out of water within months. The ominously named ‘Day Zero’ was set for April – the day when the city would turn off its taps in a bid to save as much of their precious commodity as possible. Of course, such an event impacted on the economy of the South African city and the people who reside there immensely. Short term loan provider, Mr Lender, explored just how this critically low water supply has affected the people of Cape Town, and whether the recent flooding has had any impact on the Day Zero predictions. 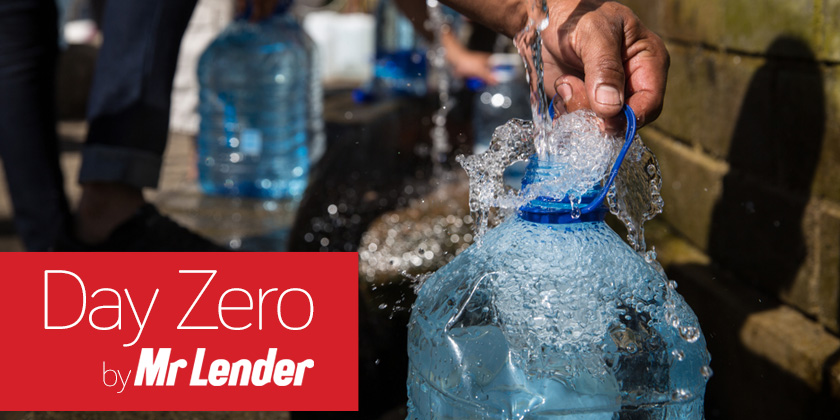 A combination of severe drought and a growing urban population led to the city of Cape Town running the risk of using up their entire water supply. Once the city’s dams reached just 13.5% capacity, it was expected that all non-essential water supply would be cut off and the Capetonians would need to queue for their water.

Strict water restrictions were set in place to limit the amount of water each person used to just 50 litres each per day. The average person in the UK uses 150 litres in comparison. According to CNN, the pilot announces on the flight into the city, “Cape Town is suffering through an extreme water crisis,” while hotel guests are asked to limit their showers to just 90 seconds. Some hotels have even resorted to removing bath plugs from the hotel rooms to force guests to shower instead. Restaurants and bars are closing the taps in their washrooms, and toilet doors regularly display the message “if it’s yellow, let it mellow”.

Since the restrictions were set in place, the people of Cape Town have managed to slash their water usage from 1.2billion litres per day to 522million, though this is still a significant way away from their extreme water crisis. The city have also resorted to deploying ‘water police’ to patrol the city and respond to reports of residents using an excessive amount of water.

Richard Bosman, the city’s Executive Director for Safety and Security, said “we have neighbours phoning on each other saying ‘hey, my neighbour’s pool looks pristine’ – or ‘my sister’s pool, or my uncle’s pool and ‘they are using tap water to fill up’. Everyone is aware, everyone is so aware of who is using a hosepipe and they are passing it all on.” 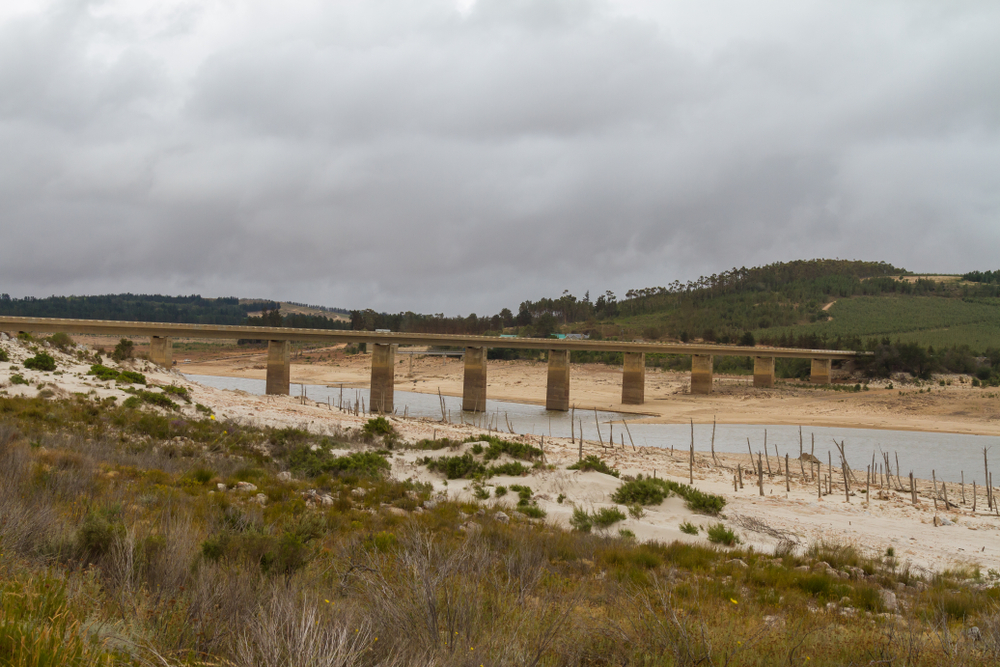 Trouble in the waters

Water is such a necessity for everyday life that steps are being taken to prevent the city devolving into chaos if Day Zero does arrive. Around 200 emergency stations are currently being prepped around the city to provide water to the people of Cape Town. Each spot will need to cater for around 20,000 residents. Former Mayor, Helen Zille, said “the question that dominates my waking hours now is when Day Zero arrives, how do we make water accessible and prevent anarchy?”

The Head of Cape Town’s Disaster Operations Centre, Greg Pillay, said “we’ve identified four risks: water shortages, sanitation failures, disease outbreaks and anarchy due to competition for scarce resources. We had to go back to the drawing board. We were prepared for disruption of supply, but not a no-water scenario.” He went on to say, “in my 40 years in emergency services, this is the biggest crisis.”

People are also making the decision to use plastic plates, cups and cutlery to reduce on washing up and further save water. Even once the prospect of Day Zero passes, it’s unlikely that Capetonians will return to previous habits, as interviewees have told reporters that they couldn’t imaging using as much water as they once did – meaning the use of plastic isn’t one that’s likely to reduce soon.

It’s also feared that diseases will spread as sewage systems have their water supply limited too. South African water expert, Anthony Turton, told the Independent “after Day Zero, Cape Town will revert back to medieval times when diseases like cholera and possibly even the plague emerge, as sewers block up and hospitals are overwhelmed. It will be like a refugee camp, dependent on aid from donor agencies and international humanitarian organisations.” 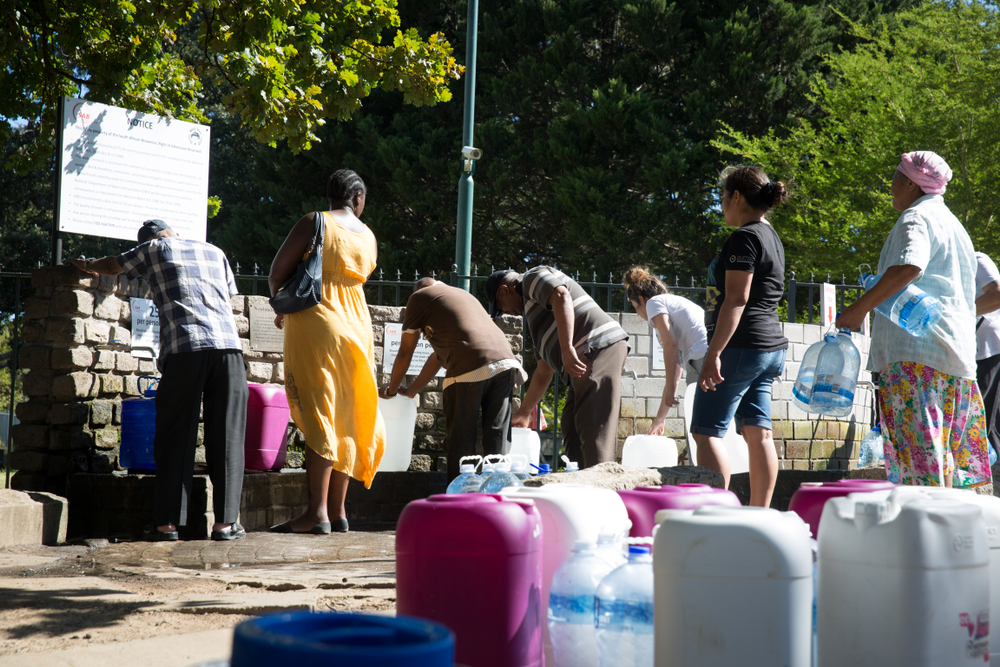 How to reduce water usage

While the UK isn’t currently at risk of facing a Day Zero scenario, there are a number of economical tips to be taken from the people of Cape Town in reducing water consumption and your water bill in the process. Mohammed Allie, an employee at the BBC, is one of 4million Cape Town residents facing the impending Day Zero scenario. He says his water consumption has fallen from 18,000 litres per month to just 7,000. He says his water bill has also dropped by 90% from $23 per month to just $2.30.

Capetonians are now reusing water multiple times to keep within their 50 litre limit – after showering using a baby bath and a jug, the water is collected and used to wash clothes before being reused once again to flush the toilet. Of course, you may not need to take such measures while living in the UK, but reusing water is certainly something to consider. Using bath water to fill the toilet cistern, or using water from washing dishes to water your plants are just some of many ways to reuse water around the house.

Simply limiting the amount of water you use for every day tasks will have an effect on your water bill. An average bath will use around 80 litres of water, while a five minute shower uses just 45. Choosing to switch just four baths a week for five-minute showers will save you 140 litres of water. Washing machines use around 50-100 litres of water per load, so opting to do a few large loads of washing instead of several smaller loads will inevitably save you water and money too.

One final way to reduce water consumption and save money on your water bill is to invest in a dishwasher. One report suggests that washing dishes by hand uses around 60 litres of water per session. If dishes are rinsed under a running tap instead of filling up the sink, this increases massively to 150 litres. In comparison, a modern dishwasher uses around 15 litres. Though, again, it is important to fill the dishwasher as much as possible to save yet even more water and money.

Day Zero around the world

After Cape Town experienced heavy rain at the start of their autumn months (which begins towards the end of March in the southern hemisphere) and some parts of the city saw minor flooding as a result, it’s quite likely that Cape Town will be able to stave off Day Zero for a little longer, however there are plenty of countries around the world where the threat of running out of water is still a very real one.

Geographer and Climate Change Expert at the University of Witwatersrand in Johannesburg, Jasper Knight, said “the situation in Cape Town is almost a foretaste of what is likely to come in cities worldwide.” Cities such as Brazil, California and even Spain are on the brink of a Day Zero scenario due to lack of rainfall and an increasing population.

In Mexico City alone, 21million people have their running water limited to certain times throughout the day. According to National Geographic, one in five people in Mexico City get just a few hours water from their taps each week. Sao Paolo, Brazil, faced a similar situation just three years ago when water levels dropped to a critically low level and began drawing mud into the water pipes. People became desperate and began looting from emergency water trucks. They were only saved from their taps being turned off entirely by some last minute rainfall – much like the current situation in Cape Town. 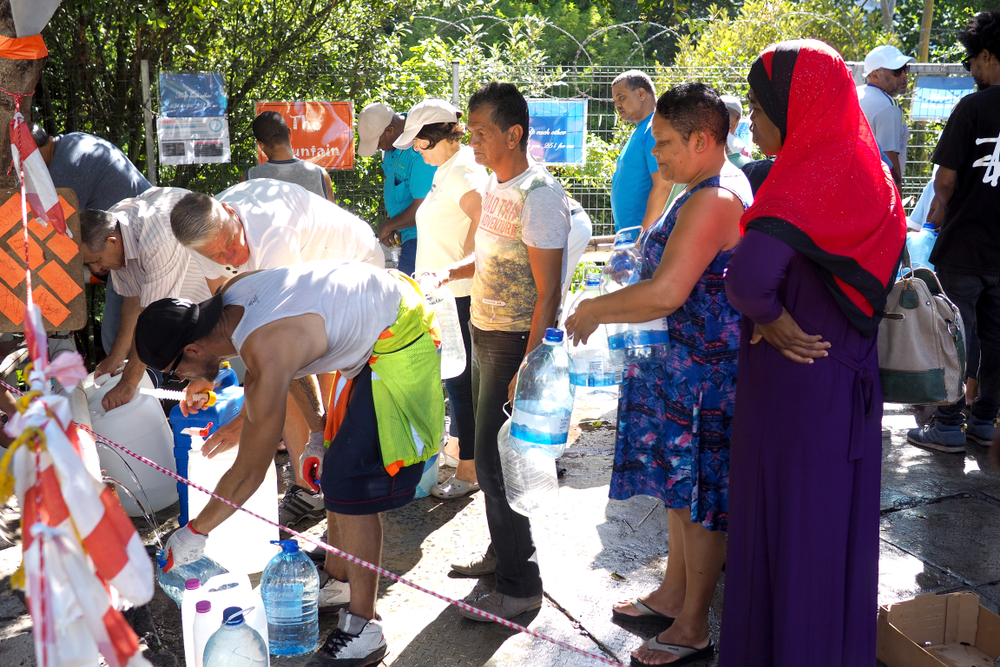 If the taps are eventually turned off, a new water system will need to be installed to continue providing water to the people of Cape Town. The estimated cost of installing and running a water system for three months is reportedly around 200million Rand (£12million). The water will also be given away for free, meaning the city is expected to lose around 1.4billion Rand in lost revenue.

Deputy Mayor, Ian Neilson, said “the total city budget is 40billion Rand, so this won’t destroy us, but it will cause severe discomfort. A bigger concern is to ensure the economy doesn’t collapse. We need to keep the business and jobs going … clearly, there could be a severe impact. It depends on how long it continues.”

Tourists were also once a large source of income for the South African city. In 2017 alone, around 10million tourists visited Cape Town, accounting for around 9% of their ‘economic output’ (around 412billion Rand – £24.8billion). It’s now feared that tourists may choose to stay away from the city due to the inconvenience of having water restrictions in place, or because they simply don’t want to add to the demand for water when they aren’t facing the same problems at home.

Farmers are also choosing to plant less and reduce their agricultural output due to a shortage of water. CNBC say wine production is down 20%, while production of fruit and vegetables such as onions, potatoes and tomatoes is down 15%. The South African says that Africa’s top producer of wine is set to make 20.4% less wine when compared to 2017. The water shortage has allegedly improved the flavour of the grapes, however there has been a significant drop in the amount being produced. 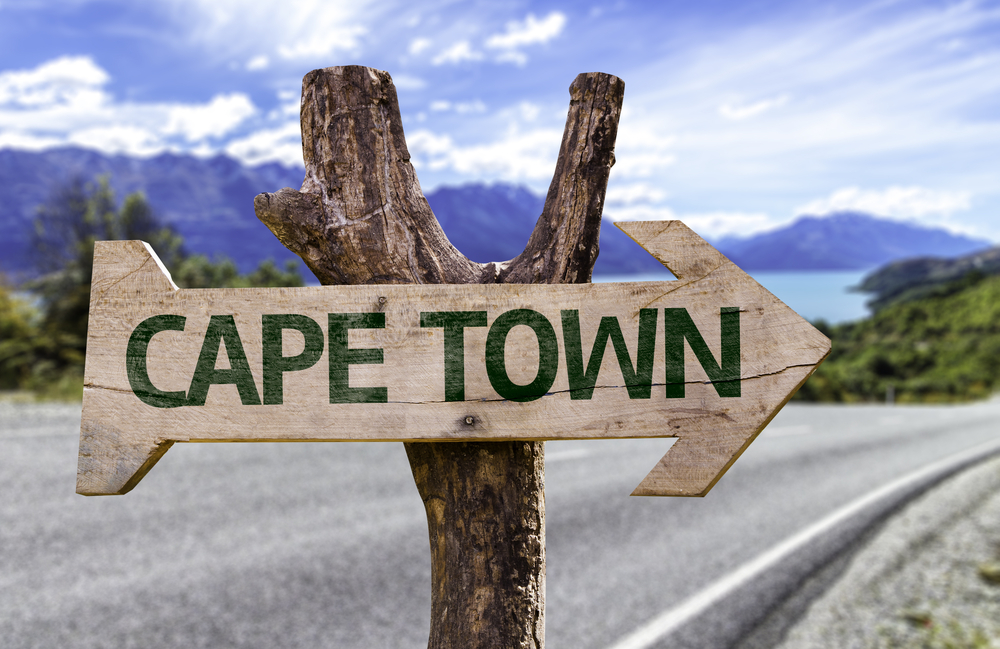 Looking to the future

Going from one extreme to the next, rainfall and minor flooding is expected to continue in Cape Town in the coming weeks, which is no doubt a welcome relief for the city after some regions haven’t seen significant rainfall for around three years. Despite the rain, residents are still being urged to monitor their water consumption.

Ian Neilson said “our consumption is being closely monitored by the National Department of Water and Sanitation who are responsible for enforcement of water abstraction restrictions from the large dams comprising the Western Cape water supply system – the system which also supplies Cape Town. If we are not able to bring our consumption down to the required 450million litres a day, we could face even more stringent restrictions in the new hydrological year.

“Importantly, we urge our water users to please continue saving even if it’s raining. We do not as yet know how much rain we will receive this winter and, while we cannot control the weather, we can control our usage.”

Residents, politicians and experts reportedly know the recent heavy rainfall is “nowhere near enough to alleviate the city from a looming crisis driven by persistent drought, water mismanagement and politics.” However, as Cape Town resident Erwin Schwella said, “every drop probably gives a bit of relief. If we see the drops coming down, it always gives us some hope.”