Facebook has recently come under fire for failing to properly protect users from companies using their data illegally. As many as 87million people could have been affected by the data breach, and it has now been claimed that Brits could be entitled to as much as £12,500 in compensation due to the blunder. Mr Lender has investigated the allegations made about Facebook and data agency Cambridge Analytica, to help you understand how your data may have been used, and if you could be entitled to a heavy compensation claim. 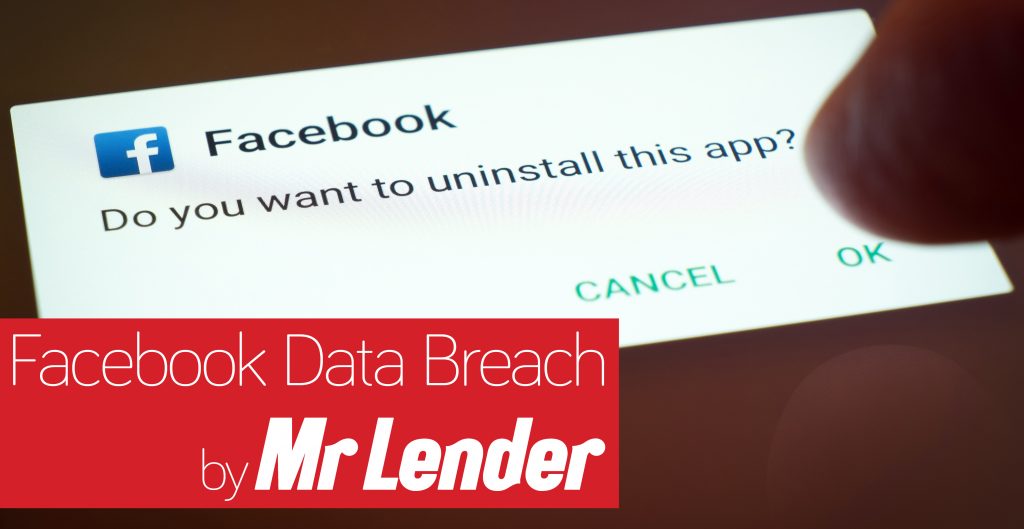 As the weeks go on, more and more information has been brought forward regarding the Cambridge Analytica data breach, and the number of those thought to have been affected continues to increase even further. When news of the data breach first broke, it was thought that around 50million people may have had personal information harvested from the social media site. Now, the figure is estimated to be around 87million. According to the BBC, 1.1million of these are UK based.

A former employee of Cambridge Analytica, Christopher Wylie, initially said Facebook data for more than 50million people had been harvested and provided to Cambridge Analytica in 2014, though this figure is now thought to be significantly higher than first thought. Wylie says data was collected “in the hopes of building personality-based models to target and influence voters in the US elections”. Wylie, who helped launch Cambridge Analytica, allegedly stated “we exploited Facebook to harvest millions of people’s profiles and built models to exploit what we knew about them and target their inner demons.” He said, “that was the basis the entire company was built on”.

The data was reportedly collected using an app called “This is Your Digital Life Quiz”, which the BBC alleges was installed by around 305,000 people. Those who downloaded the app were paid a small fee to take a quiz and consented to having their data collected. However, what they were not aware of, is that the app collected the data of their friends too. Cambridge Analytica say they bought the acquired information from the creator of the app, but say they weren’t aware that it had been obtained ‘improperly’. They say that all information was deleted as soon as they were made aware of the circumstances, though this has been disputed.

Founder and CEO of the social media site, Mark Zuckerberg, has apparently rejected calls for him to stand down and for senior members of staff to be fired over the scandal. He said “at the end of the day, this is my responsibility. So there have been a bunch of questions about [firing staff]. I started this place. I run it. And I am responsible for what happens here. I still think that I’m going to do the best job to help run it going forward. I’m not looking to throw anyone else under the bus for mistakes that we’ve made here.” While Zuckerberg currently owns 16% of the company, the type of shares he owns means he has 60% of voting rights in the company. This means if staff decided to vote for him to step down, there is little chance of this being implemented without his approval.

In an issue separate to the Cambridge Analytica scandal, Facebook admitted ‘most’ of Facebook’s 2billion users had had their profile data scraped. Up until recently, it was possible to search for a Facebook user simply by entering their email address or mobile number into the search box. Facebook’s Chief Technology Officer, Mike Schroepfer, said “malicious actors have also abused these features to scrape public profile information by submitting phone numbers or email addresses they already have through search and account recovery.

“Given the scale and sophistication of the activity we’ve seen, we believe most people on Facebook would have had their public profile scraped in this way. So we have now disabled this feature.”

The controversies have already thought to have cost Facebook around $80billion in market value, and they could be set to lose as much as £625billion in compensation claims according to one expert. Law Professor, Maureen Mapp, told The Sun newspaper “there are about 50million users whose data was harvested. Assuming each one of them brought a claim for compensation for distress caused by the data breach … each individual may be awarded £12,500 as damages.” However, as recent information shows, the figure is closer to 87million so the total cost could be significantly higher. Considering Facebook has a value of £317billion, this could spell disaster for the social media giant.

One expert has stated the figure is more likely to be a maximum of £500 per claim instead of £12,500. Data Protection Lawyer, David Barda, said “the amount of compensation will depend on the level of distress suffered, but Facebook could be facing claims of up to £500 per Facebook user if those users were able to demonstrate their distress.”

Zuckerberg has previously stated that he assumed that if Facebook gave people tools, it was largely their responsibility to decide how to use them. He has now said in a press conference that in “retrospect it was wrong to have such a limited view.” He said, “today, given what we know … I think we understand that we need to take a broader view of our responsibility.” He added that Facebook are “not just building tools, but that [they] need to take responsibility for the outcomes of how people use those tools as well.”

How was the data used?

There have been plenty of allegations made since the news of the data breach broke, but the most controversial is that the data was used to build a system which targeted US voters with political ads during the elections. Cambridge Analytica executives were seen on camera talking to undercover Channel 4 news reporters, boasting about “using manufactured sex scandals, fake news and dirty tricks to swing elections around the world”. According to one report, Facebook knew about the data breach as early as 2015, however they failed to act on it until earlier this year.

Nigeria has recently joined the UK and the US in investigating whether Cambridge Analytica was involved in the country’s 2007 and 2015 elections. The US is currently looking into the data agency’s involvement in the 2016 presidential elections, and the UK is investigating the involvement in the Brexit Referendum. At the end of March, officers from the Information Commission raided the Cambridge Analytica offices in Central London after they were granted a warrant by a High Court judge. Zuckerberg has also allegedly agreed to testify before the House Energy and Commerce Committee on the 11th of April. From the 9th of April, Facebook will allow its users to see if their data was exposed to Cambridge Analytica.