The cost of a TV licence is going up from Sunday, 1st April 2018. Prices will increase from £147 a year for a colour TV to £150.50, and from £49.50 a year for a black and white TV to £50.50. TV licences were first introduced for black and white TVs in 1946 and cost just £2. The first TV licence for colour TVs was then introduced 22 years later, costing £10. Short term loan provider, Mr Lender, has looked into the price rise for TV licences in the UK and put together a guide to help you find out whether or not you actually need one, and if you could be eligible for a discount on your TV licence. 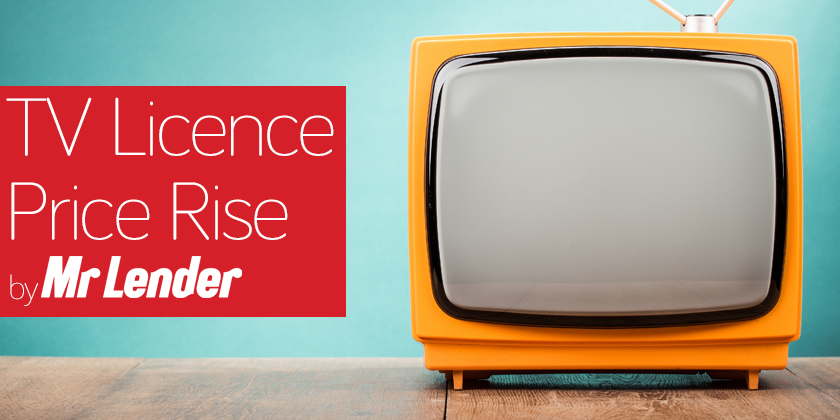 The cost of TV licences will be increasing over the bank holiday weekend to their highest ever rates for the second year running. In 2016, the government announced prices would rise in line with inflation over five years, starting from April 2017. While the cost of a TV licence will soon be the highest it has ever been, it is still relatively low compared to previous years in today’s money. A TV licence for a colour TV in 2009 would cost £142.50, which would be the equivalent of £181.70 in 2018 prices.

The total number of TV licences being issued is also increasing year on year. In fact, 2016/17 saw the largest increase in TV licences compared to previous years.

Do you need a TV licence?

If you watch any form of live or recorded TV – regardless whether it’s on a television set, phone, laptop, desktop computer or tablet – you will need a TV licence. However, more and more people are now opting to not renew their TV licence in favour of watching shows on demand and streaming services such as Netflix and Now TV. If you only watch TV using the following services, you won’t need a TV licence:

BBC iPlayer recently made a change to their rules, requiring users to have a TV licence in order to use the service. If you do not watch live or recorded TV, including BBC iPlayer, you can simply fill out an online declaration form. However, it is important to bear in mind that TV licences are registered to the house as a whole, so if you choose to only watch TV on demand or via streaming services, but someone you live with watches live TV, a TV licence will still be required.

A spokesperson from TV Licensing told the mirror, “whatever device you are using and however you’re watching, you need to be licensed to watch programmes at the same time as they are shown on TV, or live on an online TV service. Fewer than 2% of households only watch catch-up TV so don’t need a licence.”

Can you get a discount on our TV licence?

As mentioned before, TV licences are registered to the home and not to an individual device. Although this may be a bit of a pain if you yourself don’t watch live or recorded TV, it can benefit you massively if someone you live with is eligible for a discount. For example, if you or someone you live with is aged 75 and over, you can get a three year TV licence for free, so long as you’re able to provide a National Insurance number for said person. If you live in a care home, you could also be eligible for a free TV licence.

You may also be able to receive a discount on your TV licence if you’re blind or your sight is severely impaired. If this applies to you, you could save 50% on your TV licence, meaning you will pay just £75.25 for a colour TV after the changes come into effect from April, and £25.25 for a black and white TV.

Students can also get a refund – around £37 – if they’re not at their student accommodation for the full 12 months. You will still need to pay the full licence fee, but you can fill out an online form to apply for a refund for the remaining months if you need to.

Not paying your TV licence

If you watch live or recorded TV in the UK, it is a legal requirement for you to pay for a TV licence. Failing to do so could mean facing a £1,000 fine plus any legal costs and/or compensation. If you live in Guernsey the fine increases to £2,000 but decreases to £500 if you live in Jersey.

If you already have an active TV licence

The price increase for TV licences arriving next month applies to only new licences bought after the 1st of April 2018. If you already have a licence, this will stand as normal until it comes to time for renewal, After this time, you will need to pay the increased rate. If you’re currently paying for your TV licence monthly or weekly, you will continue to pay the same rate until it expires.

For more information, check out the official TV Licensing website at www.tvlicensing.co.uk.