2017 marks 10 whole years since the UK economy faced its deepest recession since World War Two. The 2007 to 2008 financial crisis was felt globally and brought the banks to their knees. It’s estimated the cost of a crisis is around £21,000 for every person in the UK, or 75% of the national GDP. To mark the anniversary, Mr Lender has taken a look into what caused the financial crisis, and whether or not we could see another anytime soon. 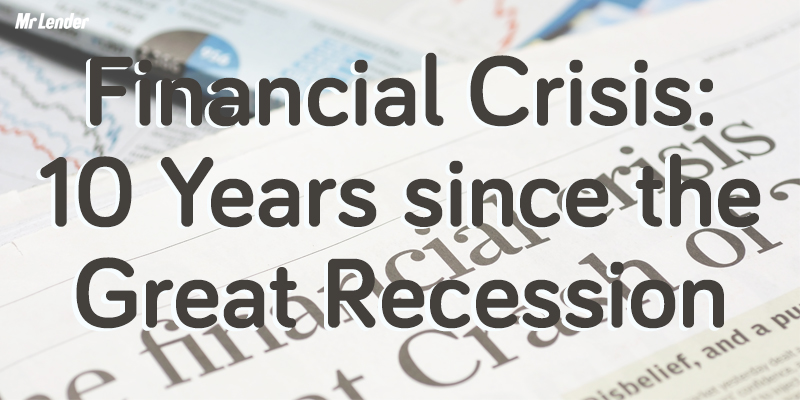 What caused the financial crisis?

So what started the financial crisis? In short, the banks created too much money too fast. Each time a bank loan is funded, the banks are essentially producing money to give to the customer. At the same time the banks were funding these loans in the lead up to the recession, income rates remained the same. By creating money in this way, the banks managed to double the economic debt in just seven years. With 31% of these loans going into residential properties, house prices soon began to rise rapidly – much faster than wages.

While the cost of housing increased, and wages remained the same, large amounts of debt soon became impossible to repay. This meant people quickly became unable to repay the borrowed funds, and eventually just stopped repaying their loans.

The banks soon began to lose money as loans were no longer being repaid. This led them to limit the amount they were lending to new businesses and households. This cap on lending meant fewer people were taking out mortgages and loans, leading to a drop in house prices. This then meant the mortgages many people were paying on their house was more than what the properties were even worth. As incomes remained low and failed to increase, people began selling assets in order to repay the borrowed funds. The drop in house prices caused the banks to panic and limit their lending even more. This lead to a vicious circle and the recession soon began. 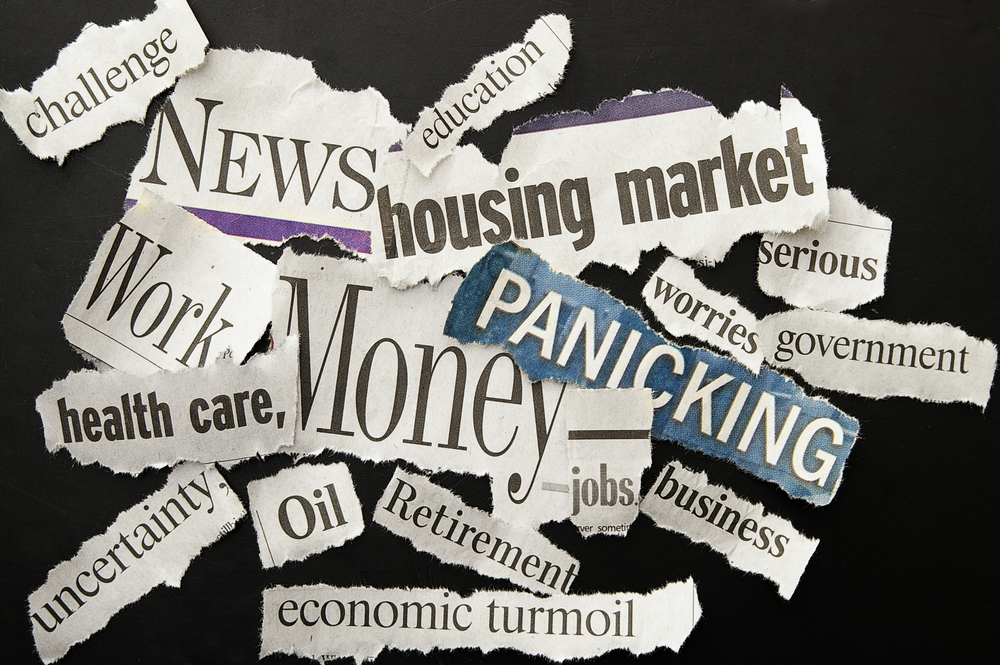 Just as funding loans is a way for the banks to produce money, repaying the loans effectively ‘destroys’ it. During the recession, the banks had all but stopped funding loans entirely. This meant people began to repay the borrowed funds faster than the banks were lending. This caused the economy to shrink, and prices and wages soon fell even further. However, the level of debt remained the same and interest was still being added to these loans, making the debt even harder to repay and causing the economy to sink even deeper into a financial crisis.

The former Chairman of the Financial Services Authority, Lord Adair Turner, said “the financial crisis of 2007 to 2008 occurred because we failed to constrain the financial system’s creation of private credit and money.”

Could we see another financial crisis?

The simple answer to this question is yes. The Bank of England state “history shows that there are two things we can be sure of when it comes to financial crises: there will be another one, and the next one won’t be the same as the last.”

It’s impossible to know for certain what will cause the next recession or where it will come from, and it’s quite likely that it will come from the most unexpected place. For example, ‘Tulip Mania‘ took over the Netherlands in the 1630s. Tulip bulbs became so popular that they began to be used as a form of currency and soon became more expensive than property.

In 1633, a Semper Augustus tulip bulb cost 5,500 guilders (the currency used in the Netherlands at the time). By 1637, the same bulb was worth a staggering 10,000 guilders – this was reportedly “enough to feed, clothe and house a whole Dutch family for half a lifetime, or sufficient to purchase one of the grandest homes on the most fashionable canal in Amsterdam for cash, complete with a coach house and an 80ft garden.”

The cost of the bulbs became so expensive that even the cheapest bulbs were unaffordable. Demand then crashed and the value of the bulbs dropped to just one tenth of their previous value. It’s examples like this that show just how unexpected a financial crisis can be, and that it’s impossible to determine just where it will come from. 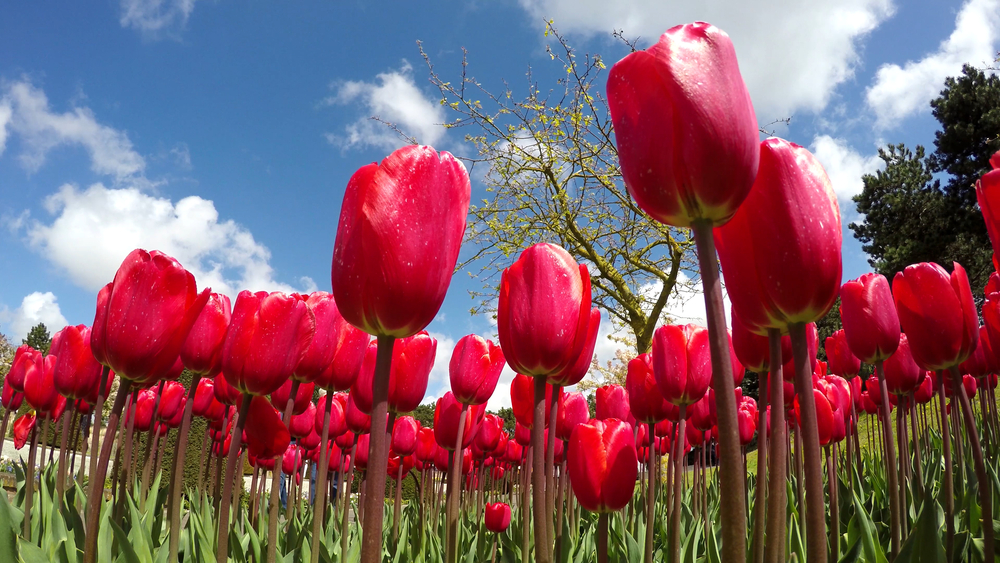 While it may be impossible to know for certain what may cause the next financial crisis, there are steps we can take in order to minimise the impact of it, or try and prevent it all together. For example, the Bank of England now carries out a range of ‘stress tests‘ to determine whether or not a bank could comfortably cope with certain scenarios.

According to the Bank of England, they also “ensure that individual banks have sufficient financial resources – in good times as well as bad” to reduce the chances of the UK economy facing a repeat of the 2007 – 2008 financial crisis.

How to stay afloat during a financial crisis

As we’ve mentioned before, it’s impossible to know for certain what may cause the next financial crisis. This means it’s virtually impossible to be fully prepared in the event that another does occur. However, there are a number of steps you can take to be prepared. To begin with, you will be more financially stable during a recession if your eggs are not all in one basket. If your bank goes bust and all of your savings are in one account, you run the risk of losing all your money. Instead, split your money into more than one account to ensure you’re not left out of pocket.

The final step to staying afloat during a financial crisis is to ensure any pensions are secured. While your state pension should still be guaranteed, you may lose money if you have invested in a private pension and not protected it. One way to do this is to invest in pension insurance.