As the UK and the rest of the world faces an increasing number of storms and hurricanes, it can be important to know just how to stay protected and how to keep your home and finances safe. Short term loan provider, Mr Lender took a look at just how bad weather can impact on the economy as well as your personal finances, and how you can weatherproof your home in advance. 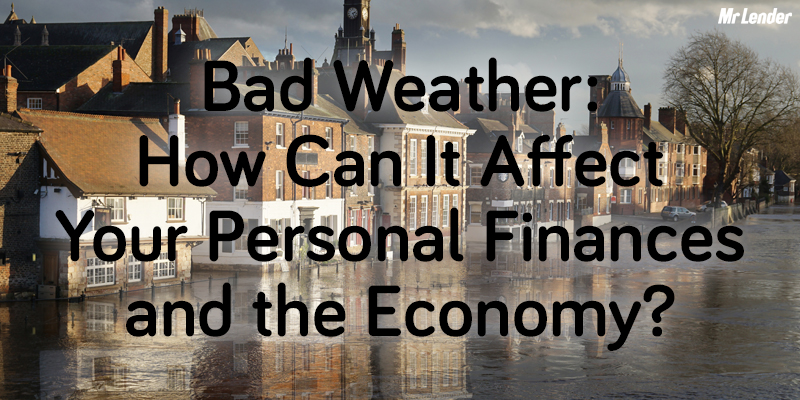 When bad weather strikes, it will not only impact on the personal lives of those affected, but it can also have an immense impact on the economy too. The financial impact of poor weather will vary greatly depending on the severity of the weather and also the areas most affected. In the UK, strong winds, storms and flooding are likely to be our biggest enemies, while other places around the world have to battle with hurricanes, monsoons and tsunamis to name just a few.

Catastrophe Modelling company, RMS, has estimated Hurricane Harvey – which hit Texas in August of this year – caused as much as $90billion damage to the economy. Analyst, Chuck Watson, has predicted that the damage caused by Hurricane Irma – which hit the Caribbean in late August – could amount to $172billion.

While the total amount of damage caused by these hurricanes is immense, it’s not expected to have a lasting effect on the economy. Chief Economist of the PNC Financial Services Group, Gus Faucher, said “US economic growth may briefly slow in the third quarter because of Harvey and Irma, but should bounce back later this year and into 2018.”

It has also been suggested that the damage is likely to affect regional economies more than the national one. Chief Investment Officer at Plante Moran Financial Advisors, Jim Baird, said “the near-term economic impact of what increasingly appears to be two severe natural disasters in close proximity to one another will be a clear negative, and disruptive to the regional economies in the impacted areas. Having said that, the national economy appears to remain on track.”

How does bad weather impact on the economy?

Aside from the obvious affects of bad weather such as damage to buildings and road blockages, there are a number of other ways in which the weather can cause significant damage to the economy. For instance, a loss of productivity is likely to have quite a large impact. Members of staff may be unable to go to work due to damage to their home or vehicles, or even due to injuries sustained during the bad weather. Customers may be facing a similar issue, so the company could face a loss of productivity followed by a fall in sales.

The price of fuel and food is also likely to be affected, as people stock up in anticipation for what’s to come. While this is good for the economy initially due to a surge in sales, the increased demand will ultimately lead to a price hike. Tourism is perhaps the greatest area in which the economy is affected by poor weather. The greater the damage caused, the longer it’ll take to rebuild the tourism industry in that particular country. 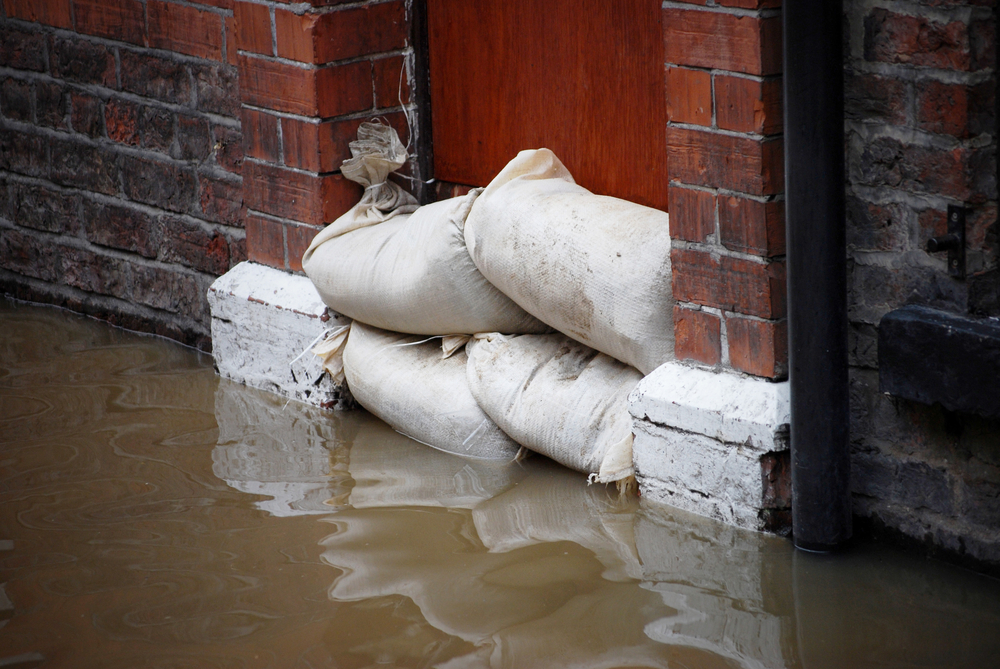 How bad weather can impact on your finances

While the financial impact of poor weather to the national economy is one thing, the people most affected by it are also likely to see an impact to their personal finances. The list below outlines how you can protect your finances during bad weather:

Having insurance may seem like an unnecessary expense at times, however it can be a life saver should you ever need to make a claim. Make sure all of your possessions and your home are insured – particularly if you live in a high risk area. You may find it helps to keep an inventory of all your belongings, just in case you do ever need to make an insurance claim.

You may also want to keep any important documents safe and out of the way of any potential flood damage, just in case you need to vacate the property quickly. It’s also wise to have some savings in the bank in case of emergencies. If your home is affected by bad weather, you may find that you need to temporarily move into a hotel while your home is being repaired.

You may also find that your car has been destroyed by the weather and you need to hire another temporarily. Having some money saved up can make all of these issues easier to handle. If you live in a particularly small town or village, you may also want to keep a little cash at home in case of emergencies – if your town faces a powercut, the ATMs may become inaccessible and bank branches may be unable to process transactions.

How to prepare your home for bad weather

There are plenty of ways in which you can prepare your home for bad weather, though they will vary depending on the type of weather you’re trying to protect your home against. As winter approaches in the UK, you’re most likely going to need to prepare against storms, strong winds and flooding – depending on where in the country you live. Take a look at the following tips for a few ways you can prepare your home this winter:

In the event of a flood, your main priority is likely to be weatherproofing your home on ground level, however that doesn’t mean the roof should be ignored. Check your roof twice a year for any loose or missing tiles, as well as any damage to satellite dishes, guttering and chimneys. If any of these items are loose during a storm, they’re likely to cause significant damage to the property, and potentially to any passersby.

Keeping the guttering clear throughout the year will prevent your home facing any damage during a period of bad weather. Make sure to regularly clear the guttering around your home to prevent any water from building up. You should also be sure to regularly clear any moss from the walls and tiles around your home. During the winter, the moss will absorb water as it rains, before freezing and turning to ice. This could potentially cause quite significant damage to the tiles underneath.

If you live in a high risk area for flooding, make yourself aware of potential floods so you can prepare well in advance. The government provide free flood alerts by phone, email or text message for those living in Scotland, Wales or England. For those living in Northern Ireland, there are flood maps available which allow you to see which areas are at risk of being flooded. If an alert comes through to warn you that there is a potential risk of flooding in your area, raise as many possessions off the ground as possible. Another option to consider if you live in a high risk area, is to have your wall sockets raised. This will prevent any lasting damage to your home should you be affected by a flood.