The Bank of England have said they will be keeping the current £5 notes, despite protests and petitions. The Bank have said they will not be changing the animal fat £5 notes, and will be printing the new £10 notes as planned. A petition was started last year against the production of the new £5 note, after it was revealed they contained animal fat. UK based short term loan provider, Mr Lender, looks at why the Bank has made this decision. 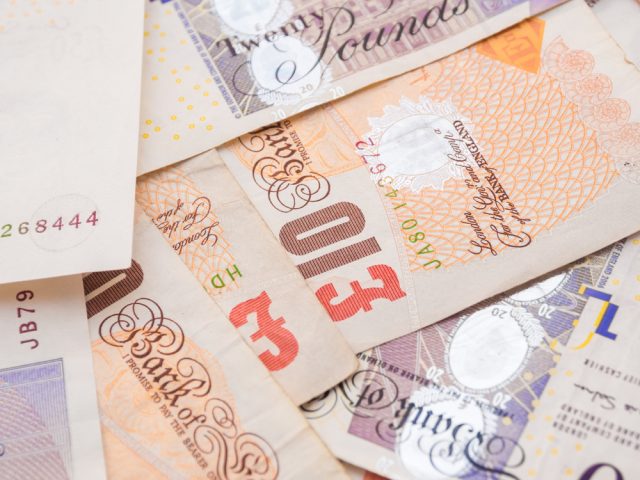 The Bank of England claim they didn’t know the notes would contain animal fat when they signed the contract with the supplier for the £5 and £10 notes. They say when they discovered the use of animal fat in the notes, their first response was to alert the public. The Bank says they have since been “treating the concerns raised by members of the public with the utmost seriousness.”

The company behind the polymer notes, Innovia, say the fat is used to give the notes their anti-static and anti-slip properties. The Bank emphasised that the amount of Tallow in the notes was “extremely small”. They have also asked the suppliers to look into what alternatives will be available for the manufacturing of the new £20 note, due for release in 2020. They said “those alternatives could for example include the use of palm oil or coconut oil as a substitute.

“Suppliers have indicated that a plant-based alternative should have no impact on the quality of banknote production, though this would still need to be validated by production trials over the next few months.”

Why have the Bank of England ignored the petition over the new £5 notes?

A total of £46million was spent on printing the current £5 notes, and £24million so far on printing 275million new £10 notes. The Bank claims “reprinting these notes on a new substrate would mean incurring these costs again. It would also require a further £50,000 for the secure destruction of the existing stock.”

The Bank say they had considered destroying and reprinting the new £5 note, but said it would cost far too much. They also say the new anti-counterfeit features of the note would be compromised.

The Bank said “withdrawing £5 polymer banknotes and stopping production of £10 polymer banknotes would have significant implications for the Bank’s anti-counterfeiting strategy and threaten continuity of supply of bank notes to the public. It would carry environmental risks and impose significant financial costs on the Bank, and thereby the taxpayer, and on the cash industry.”

They went on to say “the Bank works hard to ensure that the public has enough secure notes to use in daily life and destroying the hundreds of millions of notes already printed would put this at risk. The Bank cannot guarantee sufficient stocks of paper notes to replace the destroyed polymer notes. After careful consideration, the Bank has concluded that the severity of the combined impact of the factors outlined outweigh potential harm caused.”

What critics say about the new £5 notes

Activists have accused the Bank of England of dealing in “blood money” after they announced they would be keeping the current notes. Doug Maw, the activist who set up the initial £5 note petition, said he was “quite angry” about the decision. Maw is now working with the National Council of Hindu Temples (NCHT) to look at legal options.

He said “the fact that they’ve decided to go ahead and not withdraw, and continue [circulating notes], means they are forcing people with religious and ethical objections to use something that’s against their religious beliefs. I’m most definitely as of now looking at legal advice and we will definitely be bringing a test case against them because I’m pretty sure we will win it.”

Animal rights campaigners, Peta, have also expressed concerns over the decision of the Bank. They said “the Bank of England is effectively dealing in blood money, and while it’s not the most shocking case of cruelty to animals, there’s no excuse for subsidising abattoirs to make a bank note.”

The NCHT General Secretary, Satish K Sharma, said the decision showed a “loss of religious and ethical freedom”. He also explained the continued use of the polymer £5 note would hurt fundraising at temples which forbid the use of animal products. Sharma went on to explain the use of the notes would also impact on ceremonies where small bank notes are given as part of a blessing.

He said “knowing the ethical dilemmas for vegetarians and vegans, and the religious dilemmas that the Hindus, Sikhs and Jains are now being plunged into by their actions, [the Bank] still chose not to make the changes.”

The Vegan Society have also said it was “unfortunate that the new £10 note will contain tallow.” but they added that they have “met with the Bank of England and believe [the bank is] committed to solving this problem”. They have said they will carry on working with the Bank to find a solution.

The Society also said “we look forward to the consultation around the £20 note and hope that any future bank notes will be free from ingredients produced through harming animals. We hope that other companies will follow this positive example and review the use of animals in their products.”

The Bank of England will be launching a public consultation at the end of March, where they will discussing the production of the new £20 notes, and the future production of £5 and £10 notes. A final decision is due to reached by the summer.

The polymer notes have faced heavy criticism over the last few months. It is debatable whether the ethical and religious issues associated with the notes is enough to justify the millions of pounds which will be spent on reprinting the notes. But despite the criticism, the polymer notes are here to stay – for now anyway.