If you listen to the news or read the papers at all, you’re likely to be faced with a whole heap of jargon and terms being bandied around which tend to make little to no sense. A few terms you may have come across are ‘Millennials’ or ‘Generation Y’. You may even have heard of the ‘Baby Boomers’ or ‘Generation X’ – but what do these terms mean? Short term loan provider, Mr Lender, took a look at how each generation is defined, including the average financial situation for each one. 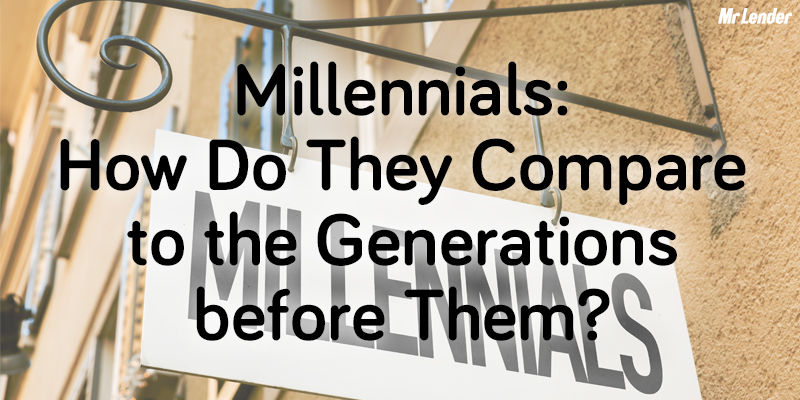 Typically recognised as possibly the wealthiest generation of the last century, the Baby Boomer era was born in the immediate aftermath of World War II between 1946 and 1964. Baby Boomers were born during a time when technology was beginning to advance at an accelerated rate. They had the benefit of low house prices, good education and government subsidies which further propelled their successes in life.

The Baby Boomers were from an era which thrived economically. A study found that in 2004, Baby Boomers held 80% of the UK’s wealth – mostly in the form of property. Most Baby Boomers are now enjoying their retirement and living a comfortable life.

After the Baby Boomers came Generation X. These were people born between the mid 1960s and the early 1980s. This was a generation which saw greater social freedom and were seen as being far more open and accepting than their predecessors.

Generation X is also known as the ‘lost generation’ due to the fact that they were born into a time when divorce was beginning to become a cultural norm. This generation was also born into political uncertainty, which paved the way for a rise in activism and campaigning. While it was slightly more difficult for Generation X to get onto the property ladder than it was for the generation before them, it’s said that around 82% of this generation now own their own home.

Then came Generation Y, or the Millennials as they’re more commonly known. Anyone born between 1980 and the early 1990s is often deemed a Millennial. As a generation born during the birth of Google and coming of age around the time Facebook, MySpace and Twitter were introduced, technology has shaped the way this generation sees the world. It also means they have been graced with the luxury of having information at their fingertips. This newfound freedom means Generation Y is often seen as being assertive with strong views on the world around them.

Quite unfortunately, Generation Y is also seen as being lazy with a tendency to jump between jobs. While previous generations would often hold a single job for an average of 10 years at a time, Millennials will on average switch jobs after just 15 months. Despite earning far less than previous generations, Millennials are more likely to strive for a flexible working hours and a better work/life balance which is most likely due to seeing their parents working long hours.

Generation Y have had it harder than most generations, as their careers began at the height of the Great Recession and they attempted to get onto the property ladder during the housing crisis. Generation Y tend to live at home with parents longer than previous generations have done and are far less likely to have a mortgage. In the 1970s, a homebuyer would need to borrow just three times their salary in order to buy a home. Today’s generation will need to borrow around seven times their salary. One report shows that around 60% of Generation Y believe they’ll be worse off than their parents’ generation. 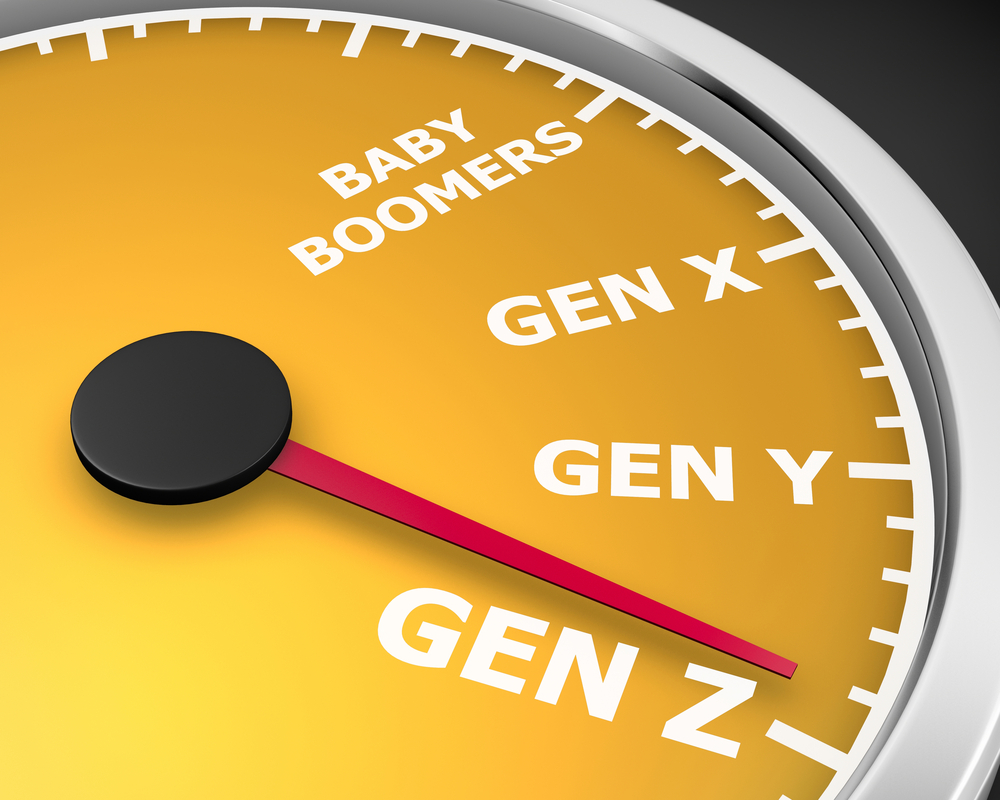 Also known as the iGeneration, these are the people born immediately after the Millennials. Born during a time of political and economic uncertainty, this generation tends to have a more realistic and pessimistic outlook on life compared to Generation Y. Generation X were born during the 9/11 attacks, the war on terror and the financial crisis to name just a few. This often means the iGeneration tends to be smarter and more ‘streetwise’ when it comes to their outlook on life.

As each generation is born, the tolerance to diversity grows. The iGeneration is said to be more accepting of different cultures than any generation before them. They’re also said to be less likely to conform to gender norms.

Generation Z seem to have taken note of the struggles their older siblings from Generation Y have faced, and are more likely to become an entrepreneur than an employee. One study found that 72% of Generation Z want to start their own business. The iGeneration reportedly prefer saving their money as opposed to spending it, and they’re less likely to drink and smoke when compared to previous generations.

A new generation which is rarely spoken about, Generation Alpha refers to those born after 2010. It is predicted that this generation will be the smartest and most formally educated compared to previous generations. This is due to the fact that they are likely to start school at an earlier age and are expected to stay in school for longer.

As time progresses and yet another generation is formed, we seem to be both blessed and cursed as a result of the actions of our elders. Each generation tries to learn from the mistakes and stumbling blocks the generation before them faced, while making our own mistakes along the way for the next generation to learn from. As we can see in the case of Generation Y, sometimes the mistakes of previous generations are too big to handle, but it doesn’t mean they can’t be learnt from.