The Supreme Court has ruled that Article 50 cannot be triggered without a parliamentary vote. Prime Minister Theresa May cannot begin talks with members of the EU until MPs have given their backing. UK based short term loan provider, Mr Lender, looks into the impact the vote will have on Brexit negotiations. 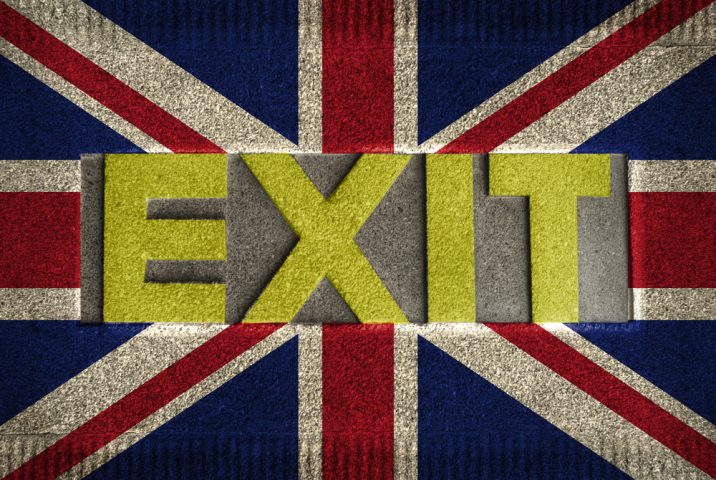 Despite the ruling, Article 50 is still set to be triggered before the deadline on the 31st of March. Campaigners argued that denying the UK parliament a vote on Brexit talks was undemocratic. Gina Miller, an Investment Manager from London launched the legal case last year. She stated it was unlawful for Theresa May to go ahead  without government backing. She argued that triggering Article 50 would remove the rights of British citizens without parliament’s permission.

Supreme Court President, Lord Neuberger, said earlier today “by a majority of eight to three, the Supreme Court today rules that the government cannot trigger Article 50 without an act of parliament authorising it to do so.”

The Court also rejected arguments that the Scottish parliament, as well as Welsh and Irish assemblies should be given the right to vote on Article 50. Lord Neuberger said “relations with the EU are a matter for the UK government.”

It is thought the ‘leave’ vote will not be reversed, despite the introduction of a parliamentary vote. A Downing Street spokesperson said “the British people voted to leave the EU, and the government will deliver on their verdict – triggering Article 50, as planned, by the end of March. Today’s ruling does nothing to change that.”

Despite being pro-remain throughout the Brexit campaign, Jeremy Corbyn claims he will ask his party to vote in favour of triggering Article 50. He said “Labour respects the result of the referendum and the will of the British people and will not frustrate the process for invoking Article 50.”

Corbyn has also said “I’ve made it very clear the Labour party accepts and respects the decision of the British people. We will not block Article 50.”

Article 50 is part of the Treaty of Lisbon, which was signed in 2007. Article 50 outlines the process for countries wishing to leave the EU. Reports suggest it is deliberately vague, making it more difficult for members to leave.

After Article 50 is triggered, parliament has two years to work through negotiations and leave the EU. Out of the 28 members, 20 of them need to agree on plans before deals can be finalised. Negotiations include access to the single market, movement between EU countries, and the future for people from abroad currently residing in the UK. Negotiations can only begin once Article 50 has been formally triggered.

Although the process is meant to take two years, many people believe it could take much longer than this.

What does the ruling mean for Brexit?

Over the next few days, the Tory government are set to release an outline for the Parliamentary Bill. Also known as the ‘Great Repeal Bill‘, this will begin the process of the UK’s exit from the EU. EU law currently takes precedence over UK law, but the Great Repeal Bill will end this. It will allow UK parliament to choose which EU laws will remain, and which will be scrapped.

Brexit Secretary, David Davis, said “It’s very simple. At the moment we leave, Britain must be back in control. And that means EU law must cease to apply.

EU law will be transposed into domestic law, wherever practical, on exit day. It will be for elected politicians here to make the changes to reflect the outcome of our negotiation and our exit.”

The Scottish National Party say they plan to put forward 50 “serious and substantive” amendments to the government’s Parliamentary Bill. Nicola Sturgeon claims it is becoming “ever clearer” that a second Scottish Independence referendum is needed. She has called Theresa May’s claims that Scotland is an equal partner “nothing more than empty rhetoric”.

Several MPs who were pro-remain throughout the campaign, may also choose to make several amendments to the Bill. Once finalised, the Bill will not come into effect until the UK officially leaves the EU, which is predicted to take place sometime in 2019.

The first step for the UK in the process of leaving the EU, is for parliament to agree on a Great Repeal Bill. Reports suggest that many politicians are not expected to put too much pressure on the Tory government, or to block the triggering of Article 50 in any way.

The Guardian predict the Scottish National Party and the Liberal Democrats are likely to vote against the current Bill if they are not able to include their amendments.

After an agreement is reached in the British parliament, Article 50 will be triggered. Members of the EU will then meet to discuss the UK’s exit from the EU. The UK will then meet with them and begin negotiations. If 20 out of the 28 members do not come to an agreement, an extension may be given if needed.

Once an agreement is reached, the UK will officially be out of the EU.

The effects of Brexit

Several predictions were made prior to the EU referendum last June, and not all have been proven true. Since the UK began taking steps to leave the EU, inflation has risen to 1.6% – up from 0.5% in June 2016. Interest rates were also halved in August, to just 0.25%.

The pound also fell immediately after the results began to be announced, and has continued to remain unstable in more recent months. The pound prior to the EU referendum was worth €1.30, this fell to €1.09 in October. However in January it was back up to €1.14.

The fall in the pound has made certain goods more expensive for UK consumers. Apple have recently increased the price of their apps to keep in line with inflation following Brexit. Tesco also had a dispute with Unilever over the cost of certain products. This meant customers were unable to purchase certain goods from the Tesco website, until the dispute was resolved.

However, the fall in the pound means the UK is now cheaper for overseas tourists. ForwardKeys, a travel analytics company, have reported a 7.1% rise in flights to the UK following the referendum. A tour operator specialising in travel from China to the UK has also seen a 20% rise in enquiries and bookings.