The UK has seen its weakest period of economic growth for five years. Figures from the Office for National Statistics (ONS) show the economy slowed down to just 0.1% growth during the first three months of 2018. As the Bank of England is set to meet in the coming weeks to discuss changes to interest rates, Mr Lender explains how these two events connect and what it means for your personal finance. 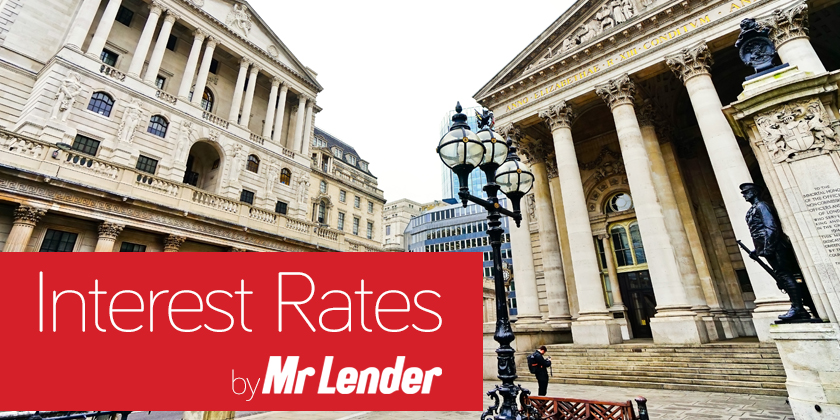 The UK’s weak growth throughout the first quarter of the year is reportedly lower than what was initially predicted by the Bank of England. The Bank, as well as city economists, estimated the UK would grow by 0.3% through the start of the year.

According to The Guardian, the figures show the construction sector was affected during the first quarter, and consumer spending was down. Chancellor, Philip Hammond, says the unusual weather seen across the UK from late March through to early April is to blame for the weak growth, and that the economy is “strong”. Not everyone seems to agree, as the ONS say the Beast from the East “had been only a minor factor”.

Rob Kent-Smith from the ONS said, “while the snow had some impact on the economy, particularly in construction and some areas of retail, its overall effect was limited”. Kent-Smith states that the poor weather in fact boosted some areas including energy supply and online sales.

Shadow Chancellor, John McDonnell, said, “the truth is that the last eight years of Tory economic failure has allowed our economy to be left exposed. It’s clear to everyone except Philip Hammond that our economy is in need of increased investment and working families are struggling with the cost of living and the burden of increasing household debt”.

TUC General Secretary, Frances O’Grady, also seemed to disagree with the Chancellor, saying that “one week of snow doesn’t explain a decade of weak growth, dismal productivity and failing wages.” She says the “avalanche of cuts” is instead to blame.

While many debate as to the cause of the weak economic growth, Ed Conway from Sky News says it’s “worth treating the figures with a certain degree of caution” as they’re often only provisional and are likely to be revised later in the year. Conway said, “the economy is expected to bounce back in the following quarters, but even then, the growth rate is expected to stay well below its long-term average – about 1.5% annual growth as compared to the 2.5% it used to enjoy before the crisis”.

The announcement comes amid questions as to whether the Bank would increase interest rates this month or not. Interest rates correlate directly with the rates of inflation and economic growth, and any changes made are done so to alter the state of the economy. Chief Economist at Worldfirst, Jeremy Cook, said, “the expected probability of a base rate hike at May’s Bank of England meeting was around 86%, it now sits at 34%”.

Of course, any changes to interest rates come with both advantages and disadvantages. An increase is likely to benefit savers as they will see a higher return on their money in the bank, however it could also mean an increase in mortgage payments for those with variable or tracker rates – around 4 million households according to the BBC. An increase in interest rates means consumers are less likely to spend and encourages an increase in saving. This means inflation will likely decrease – meaning goods and services will become cheaper. It does also mean a slowdown in economic growth, and businesses may struggle with reduced demand.

When interest rates are then lowered, consumers are more likely to spend, and mortgage rates will become cheaper. While this may seem like an ideal situation, it does mean inflation increases and goods and services become more expensive. It also means a rise in house prices, which isn’t great for the current housing crisis and those trying to get on the property ladder. If wages are then not increased in line with inflation, things become unaffordable and consumers tend to consume less. Interest rates are then increased to control the rate of inflation and the cycle begins again.

As the UK is already facing weak growth, it isn’t likely that the Bank of England will increase interest rates as this will only lead to further weakened growth. The UK base rate currently stands at 0.5% and inflation at 2.5% – above the target of 2%. The base rate is set to be reviewed on 10th May 2018.